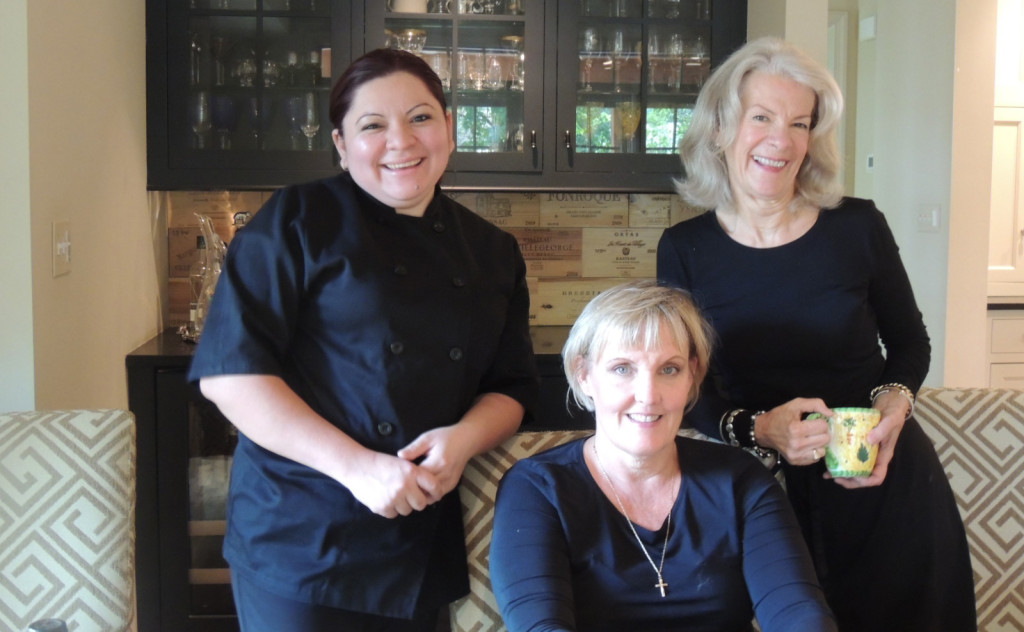 In 2013, Carolyn Megee and Peggy Surdyk combined their talents of 25+ years (each) to create Good Gracious Catering (previously PS Your Party). Good Gracious Catering is an expression of their exceptional service and delicious food. Chef Sandra Reyes completes the trio with her amazing skills and ability to keep them laughing!

The team has planned, prepared, cooked and managed with precision catering for:

Growing up the daughter of an Army Officer, Peggy watched her mother entertain all over the world. Peggy and her family moved to McLean, where Peggy attended high school. Peggy’s introduction to the corporate world began at Someplace Special in McLean Virginia, where she eventually became the catering manager. When the catering department was outsourced, Peggy continued to help customers of 20 years through Peggy Surdyk Events. Collaborating with Carolyn on larger functions, Peggy and Carolyn developed a reputation for “wowing” clients.